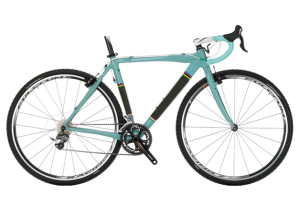 Long before the introduction of Citi Bikes to the streets of Manhattan, Brooklyn, and Queens, I questioned the wisdom of too many bicyclists on our crowded streets. Years ago, one of my clients, an elderly woman, was walking in lower Manhattan when a deliveryman on a bicycle struck her causing serious injuries. He fled the scene, but her son retrieved the receipt from bag of food he was delivering which identified his employer. Extensive investigation fully revealed his identity and a lawsuit against him and his employer’s restaurant proceeded to trial and resulted in a significant settlement for the injured woman.

Today, the streets and parks are filled with Citi Bikes, delivery bikes and recreational bicyclists. The quantity of bikes being ridden by reckless bicyclists is apparent to every resident, tourist and commuter walking the streets daily. The latest tragedy allegedly caused by a bicyclist involved the death of Jill Tarlov who died very recently after being struck by an allegedly speeding bicyclist in Central Park. This very sad loss comes less than two months after Irving Schachter was killed by a teenage bicyclist who was allegedly avoiding a pedicab in Central Park.

This proliferation of reckless bicyclists led to an NYPD crackdown on bicyclists last Friday in Central Park and a slew of tickets were issued to bicyclists according to the New York Post. Back in August, the NYPD began a two week campaign entitled “Operation Safe Cycle” targeting negligent bicyclists who endanger pedestrians and other cyclists.

It is extremely important that all of us walking the streets and strolling the parks of New York City become very aware of the number of cyclists who speed, run red lights and ride in the opposite direction of vehicular traffic. Very few bicyclists seem to abide by the NYC Traffic Rules and Regulations governing bicyclists which include a prohibition against riding on the sidewalk, (a common scene in Manhattan), wearing more than one earphone (a daily occurrence here on Eighth Avenue in Manhattan) and keeping at least one hand on the handlebars when carrying packages (a rare occurrence among food deliverymen near my office).

Stricter enforcement of the law is a good first step in preventing tragic deaths and serious injuries to pedestrians and fellow cyclists. I hope the NYPD bicycle ticketing program continues in earnest throughout the year to save other families the grief suffered by too many at the hands of negligent bicyclists.