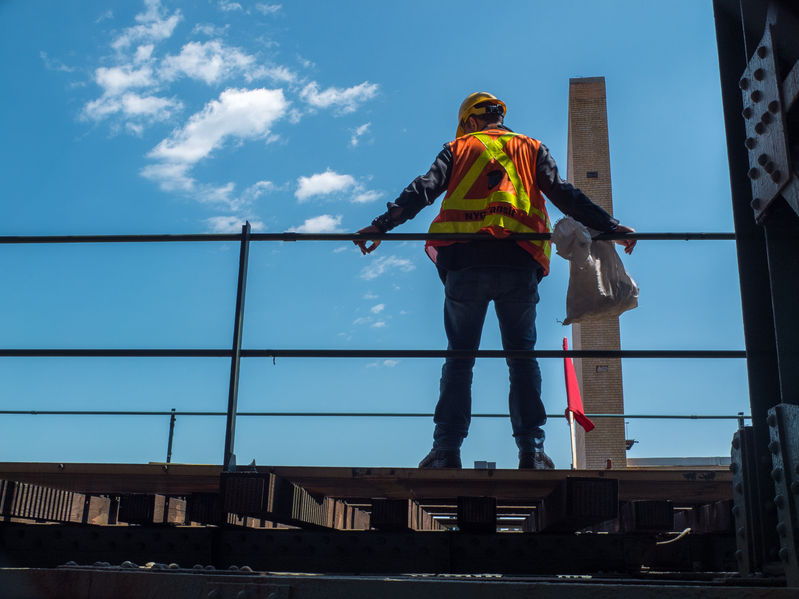 Construction work is by its very nature dangerous. Doing it in New York City is particularly difficult due to the volume of work, tight schedules  and nature of big city construction. These factors are why there are many safety rules and regulations as well as special legal protections for construction workers who perform their jobs from a height, i.e., while standing on scaffolds, ladders and raised platforms.

My client was an experienced union insulator worker during the construction phase of the new Staten Island Courthouse. He was working on the top floor assessing whether some wood planks over a ventilation shaft could be removed for use in another ventilation shaft. While standing on the wood plank platform, two of the boards suddenly wobbled and collapsed sending him down the open shaft. In a split second he was able to turn his body in a manner where he would fall 30 feet down onto an angle iron instead of falling the entire 100 feet depth of the shaft. He was very seriously injured, but survived.

He claimed that the area of shaft where he entered had no barricade. He also testified that he was looking for a place to tie off his safety lanyard but found no such tie off hooks or posts while standing on the planks. There were also no railings around the wood platform.

The lawsuit alleged numerous safety violations by the owners and contractors responsible for worksite safety. The parties sued claimed that they were not responsible and it was all the fault of my client.

After years of investigation, multiple depositions, exchange of hundreds of pages of documents and applications by the parties being sued to dismiss the case, the matter was ready for trial. Numerous settlement mediations failed within the year before trial. I fully prepared this complex case for trial against multiple defendants. With the trial clock ticking away, five days before jury selection the case settled for a very substantial sum of money.

The labor law is complicated despite certain special protections afforded to construction workers. What may sound like a simple set of facts, a 30 foot fall from a platform, was anything but simple. The parties disputed every one of my clients claims and produced their own employees who attempted to contradict his testimony and the testimony of his co-workers. There was no other road to take other than intense trial preparations to let the other side know we were ready for the upcoming jury trial. Justice is rarely found on a straight path. That’s why it’s called an adversarial system. The other side also fights tooth and nail. Never think the path to success in litigation is easy. That’s why an experienced trial attorney is so important when you bring a lawsuit. The other side needs to know you are willing to go to trial if necessary